Born out of the need to wake up groggy coffee-shop goers, Death Wish Coffee has evolved from an Upstate NY coffeehouse into the purveyor of the world’s strongest cup of coffee — a label which quickly earned the company a cult following.

After setting out to nail down the perfect balance between beans and roasting technique, Death Wish discovered the sought after formula for the coffee with the highest caffeine content. Then in 2015, they won a small business contest that earned them a 30-second commercial spot during the Superbowl, which launched the company into the national spotlight won the hearts of raving, caffeine-addicted fans.

Does Death Wish Coffee live up the hype? Caffeine buzz aside, can it stand on its own among other artisan dark roasts? Let’s take a closer look at the world’s strongest coffee.

All About That Buzz

Death Wish Coffee has 59 milligrams of caffeine per fl oz., whereas typical coffee has 12-16mg per fl oz. That means an 8 oz. cup has 472 mg., making it twice the amount of caffeine than a typical cup of coffee.

But how do they pull that off?

Arabica beans are used for many of the world’s most popular coffees. Robusta beans have twice the caffeine of Arabica, but with caffeine comes a bitter taste. This is why you’ll often find Robusta in blends. It’s also a cheaper bean than Arabica, which helps keep the cost down, compared to coffee made with pure Arabica.

Death Wish has married the favorable flavor profile (sweet, smoother with some acidity) of Arabica with the kick-in-the-pants caffeine buzz provided by the Robusta beans. This combination keeps the coffee strong, yet palatable.

Where’s the coffee sourced from? Is it grown at high or low elevation? How is it processed?

When was it roasted? Again, that’s something Death Wish keeps under their hat. Clearly they have a source and a process that works, so there’s no need for transparency. We do know that it’s grown organically and fair trade.

This seems to be the million dollar question, as several articles have dug deeper into the safety of Death Wish Coffee and the internet is abuzz with questions concerning the level of caffeine.

The general consensus seems to be that Death Wish just skirts the line of the US Dietary Guidelines that suggest 400 milligrams of caffeine a day has been linked to numerous health benefits. Just keep in mind that an 8 ounce cup of Death Wish Coffee has 472 milligrams.

So be sure to do the math before brewing a pot. One thing that saved me from full on hummingbird mode was brewing the coffee weaker than suggested. Because, really, who can stop at one cup of coffee?

How to Brew Death Wish Coffee

Death Wish recommends using 2- ½ tablespoons of ground coffee per 6-ounce cup. Generally a well-extracted coffee calls for 2 tablespoons per 8 ounces. This is one of the ways the company achieves so much caffeine in one cup. When brewed at the recommended strength, this coffee will put hair on your chest.

When handed a bag of dark beans, I tend to grab a French press or pull a shot of espresso. Death Wish Coffee pulls nicely as an espresso, with a pleasing amount of crema. These beans are so oily that I wouldn’t go near the French press with this one, unless you want a mouthful of sediment. I’d also watch over extracting this coffee, unless you enjoy the sensation of your heart trying to leap out of your chest.

The thick paper filter used in a Chemex or Hario V60 helps to cut some of this oiliness. I also adjusted the amount of beans for each type of extraction, which varied from their recommendations. 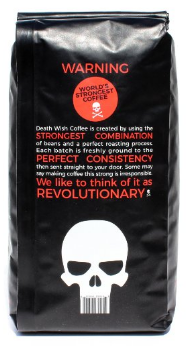 If you’re drinking this coffee for the intense caffeine buzz, then you’ll be extremely satisfied with Death Wish Coffee. If you’re seeking it out for the taste, however, you might be disappointed. The best one word description would be that it’s average.

It doesn’t have a memorable aroma or aftertaste. It’s easy to hear a coffee described as strong and assume it tastes very acidic. But that’s not the case with Death Wish. It tastes strong because it’s over extracted, at least when brewed to their recommendations.

The entire experience is very one-note. The coffee has a hint of nuttiness and a creamy, velvety mouth feel, without much body. It’s certainly not sweet, but it’s hardly bitter either. The company advertises hints of cherry and chocolate, which I found hard to detect.

But keep in mind that dark roasts tend to be less interesting than a light roast, where more flavors come through. To make a dark roast, beans are roasted longer, which results in some loss of flavor, depth and complexity.

Given the oily beans, you’d expect a heavy body, but it’s rather light and certainly not complex. Death Wish warns that “You probably can’t handle its flavor and intensity.” Brewed to their specifications, it is intense, as any coffee brewed with such a heavy extraction is. But, compared to other dark roasts it doesn’t stand out for anything other than the amount of caffeine.

Is it Worth it?

If you’re after a quick caffeine hit, Death Wish Coffee gets the job done. It’s a healthier way to consume caffeine, compared to an energy drink loaded with hard-to-pronounce ingredients. It’s like a Red Bull in that people hardly talk about its flavor. It’s always about the caffeine kick.

As a coffee lover, Death Wish strikes that same note with me. It’s certainly not bad coffee. For dark roast, it’s fine. Are there better tasting dark roasts out there? Absolutely. While it’s not a coffee I’d sit and savor for hours, if I needed to simply get shit done, Death Wish Coffee perfectly fits the bill.

Where to Buy Death Wish Coffee

You can get your fix online, with Amazon being one of the lowest prices we’ve found. If you don’t love it or think it’s the strongest coffee to hit your palate, Death Wish will provide a full refund.

Death Wish is Available in (check current price and sales):

Related: Delivered to Your Door: The 9 Best Coffees On Amazon 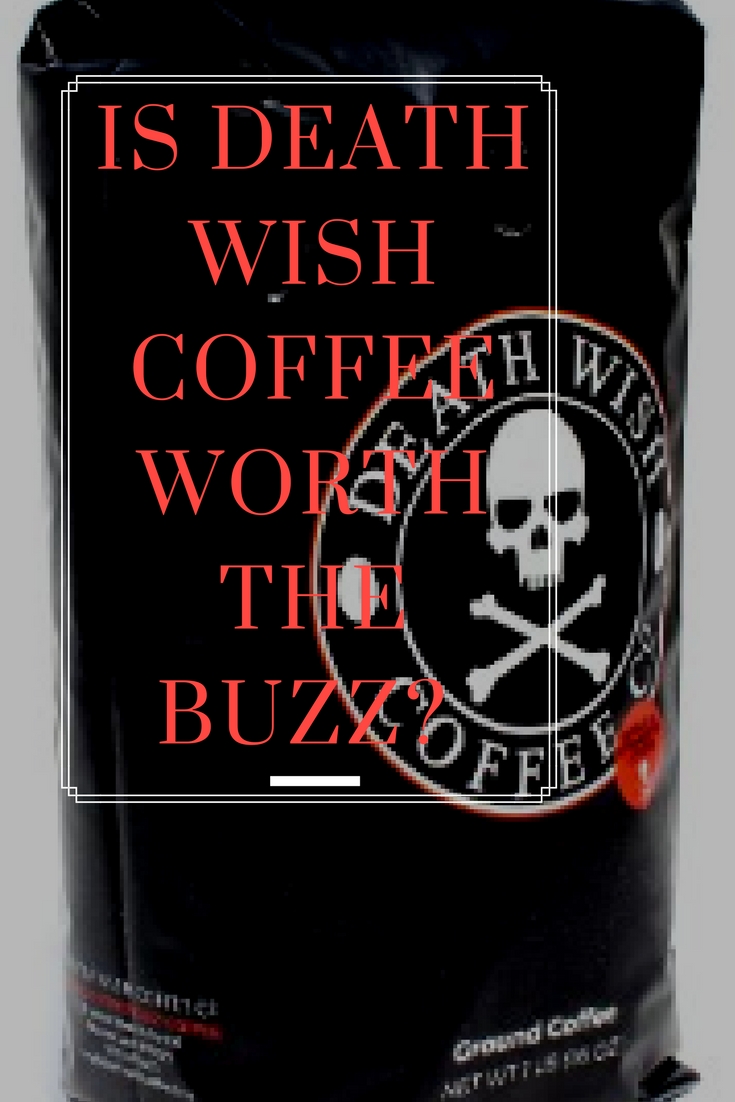 Ability to unglue your eyelids