Flavored Coffee is one of the most popular beverages today. The idea of fall as Pumpkin spice season, Winter as the peppermint period, and spring as time to brighten up with a blueberry or raspberry java has become as American as an apple pie flavored latte.

Some coffee snobs turn their nose up at flavored coffee. But personally, I think of it as a different beverage than a typical cup of coffee. Whereas normal coffee is deliberately intended to deliver the beans and character of java beans, flavored coffee is a vessel for a bright and tasty drink that brings both caffeine and flavoring.

Because of this difference, this is one of the few times where we won’t recommend getting whole bean coffee. Whereas you generally want to preserve the flavor of your coffee by grinding your beans freshly, flavored coffee usually involves muting the flavor of your beans.

My favorite coffee of the bunch is Wide Awake Coffee Company’s French Vanilla. It offers a sweet, vanilla bean taste without overpowering the coffee itself. That being said, all of these are amazing, and it will depend on what your preferences are.

You may think of Flavored Coffee as a beverage that began with Starbucks. But that’s actually not the case. People have been making flavored coffee drinks for hundreds and even thousands of years.

It begins in Yemen. Along with being a major hub for coffee, Yemen is also an incredibly important location for spices. The result is a beverage even more popular than coffee, known as qishr.

Qishr is made by combining coffee husks with ginger and cinnamon. The resultant beverage is sweet, spicy, and warming, You can learn to make your own qishr here, and we highly recommend it: along with discovering the delicious roots of flavored coffee, you’ll also enjoy a delicious and warming winter beverage.

In the 17th and 18th century, European elites would consume a combination of chocolate and coffee. These beverages could be consumed together or separately, but they became a symbol for the decadent and elitist culture that consumed Europe at the time.

It came in chocolate houses such as Ozinda’s and White’s. They offered a fine dining experience like nobody had seen, and around them a secretive and closed off social scene. Over this early mocha, the levers of power were manipulated by everybody from anti-royalists to Tories. And behind it, there were the implications of the early colonial system.

As time went on, coffee and tea remained popular as beverages whereas the chocolate beverages of the time faded into obscurity. But the culinary tastes of the early chocolate houses continued to be influential.

There are other historical examples of beverages made by mixing coffee with other materials in its dry form. Coffee with Chicory continues to be a New Orleans staple. It began for utilitarian reasons: at times when coffee was scarce, such as Napoleon’s continental blockade and Union naval blockades’ blockage of the port of New Orleans.

But modern flavored coffee, created by either mixing flavored syrup into a drink or using already flavored ground or whole bean coffee, didn’t become popular until the 20th century. In 1971, Starbucks’ arrival on the scene made things like lattes and mochas available to everybody. As the years went on, flavor shots became a popular way to accentuate a beverage.

Eventually, this came to include flavored coffee blends available at the supermarket. These coffees are made by using chemical flavorings in the roasting process. It is common to sell them pre-ground, because there is less of an emphasis on preserving the natural flavor of a coffee bean. 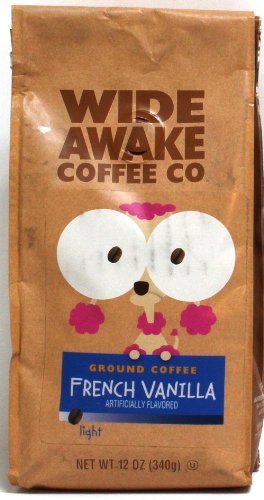 One of the best things about it is the fact that it’s genuinely mild. Most people, particularly if they’re used to Dunkin’ Donuts or Starbucks, are used to an overpowering flavored coffee. With Wide Awake’s brand of coffee, you can enjoy a mild and delicious cup of French Vanilla without ruining your tastebuds.

Pumpkin spice coffee is one of the most popular flavored blends. Beloved by people of all ages as a fall classic, many don’t consider that you can brew a cup of pumpkin spice coffee at home. And while it probably won’t taste the same as a pumpkin spice latte from Starbucks (where the flavor is coming not from coffee, but from flavoring syrup,) San Diego Coffee Company’s Pumpkin Spice coffee is absolutely delicious.

When you buy a pumpkin spice coffee, it’s important to want the tastes of cinnamon and allspice. But underneath, there should be an earthy undercurrent. San Diego Coffee Company’s pumpkin spice coffee delivers this flavor, and is recommended for anybody looking for a cup of flavored coffee on a cold October morning.

Cameron’s Specialty Chocolate Caramel Brownie flavor is absolutely delicious. Decadent and sweet, it features not only chocolate flavoring, but undertones of nuttiness and caramel. This matches perfectly with the light roast coffee used in the blend: dark roasts can often overpower flavored coffees and cause far too much conflict within your tastebuds.

Overall, this is the perfect dessert cup of coffee. Bring it out after the main course to spice things up at your next dinner party. 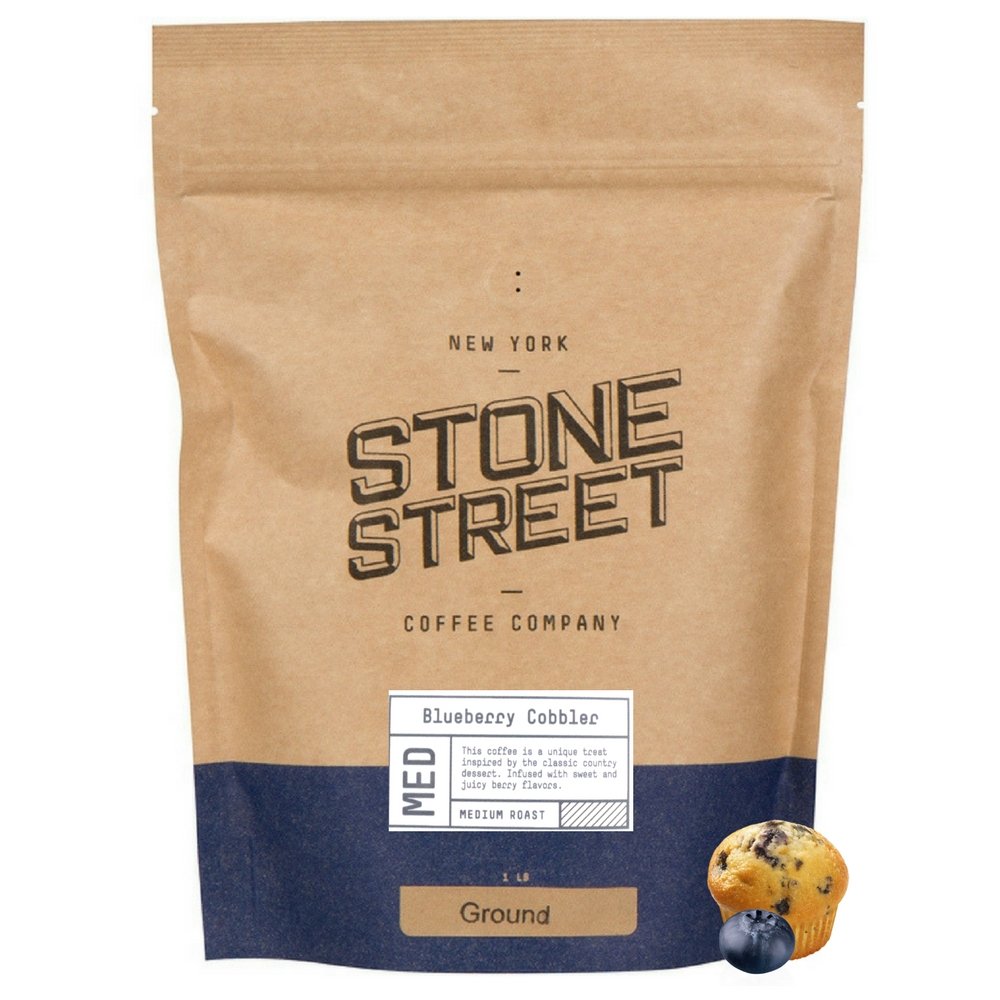 The problem with coffees named after dessert is that they often exaggerate the influence of the dessert in their flavor. Coffees with “pie” flavors very rarely deliver the buttery graham cracker taste that somebody loves in a pie or a cobbler.

Stone Street’s Blueberry Cobbler is great because it does manage to capture these notes.  Perfectly reminiscent of the county fair classic, this is the perfect summer cup of flavored coffee. 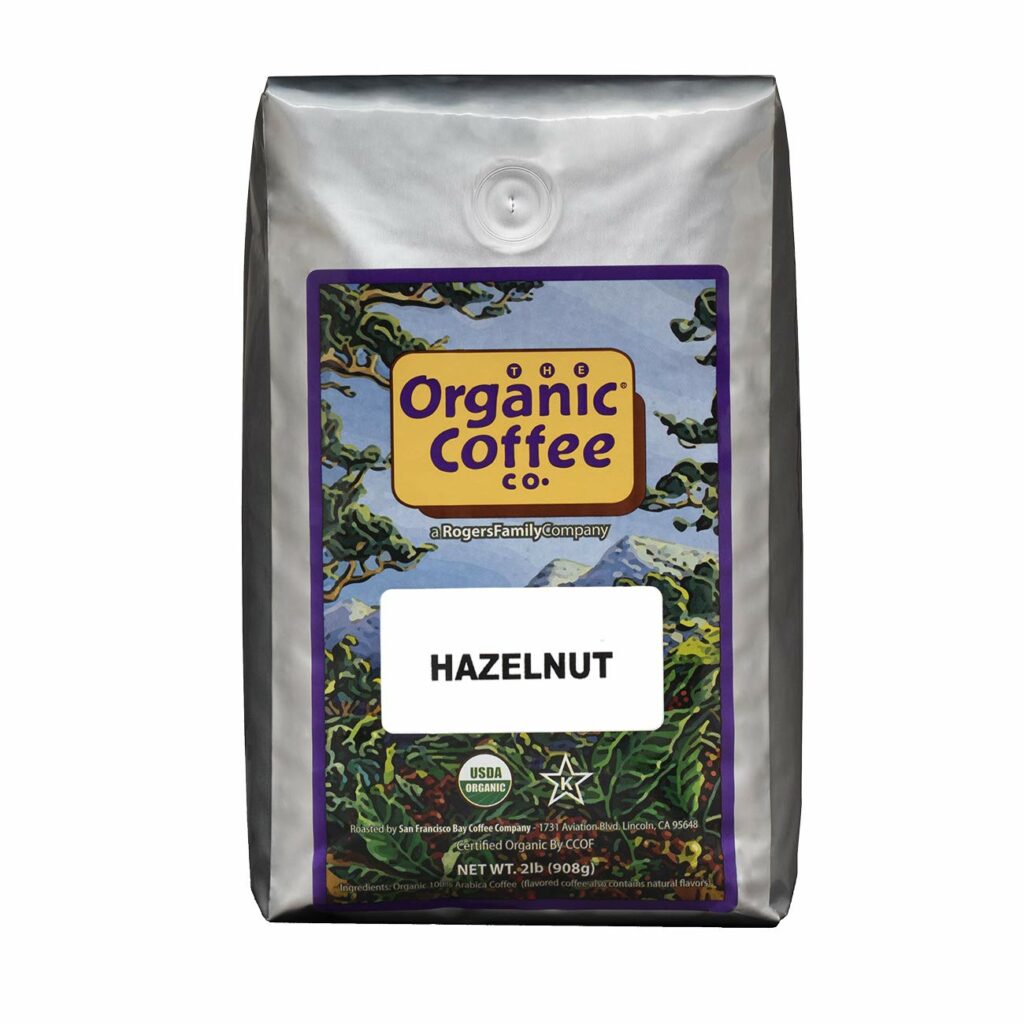 A lof of the other flavored coffees on this list are either seasonal or good for special occasions. But a good cup of hazelnut coffee tastes great at all times, and this is no exception. 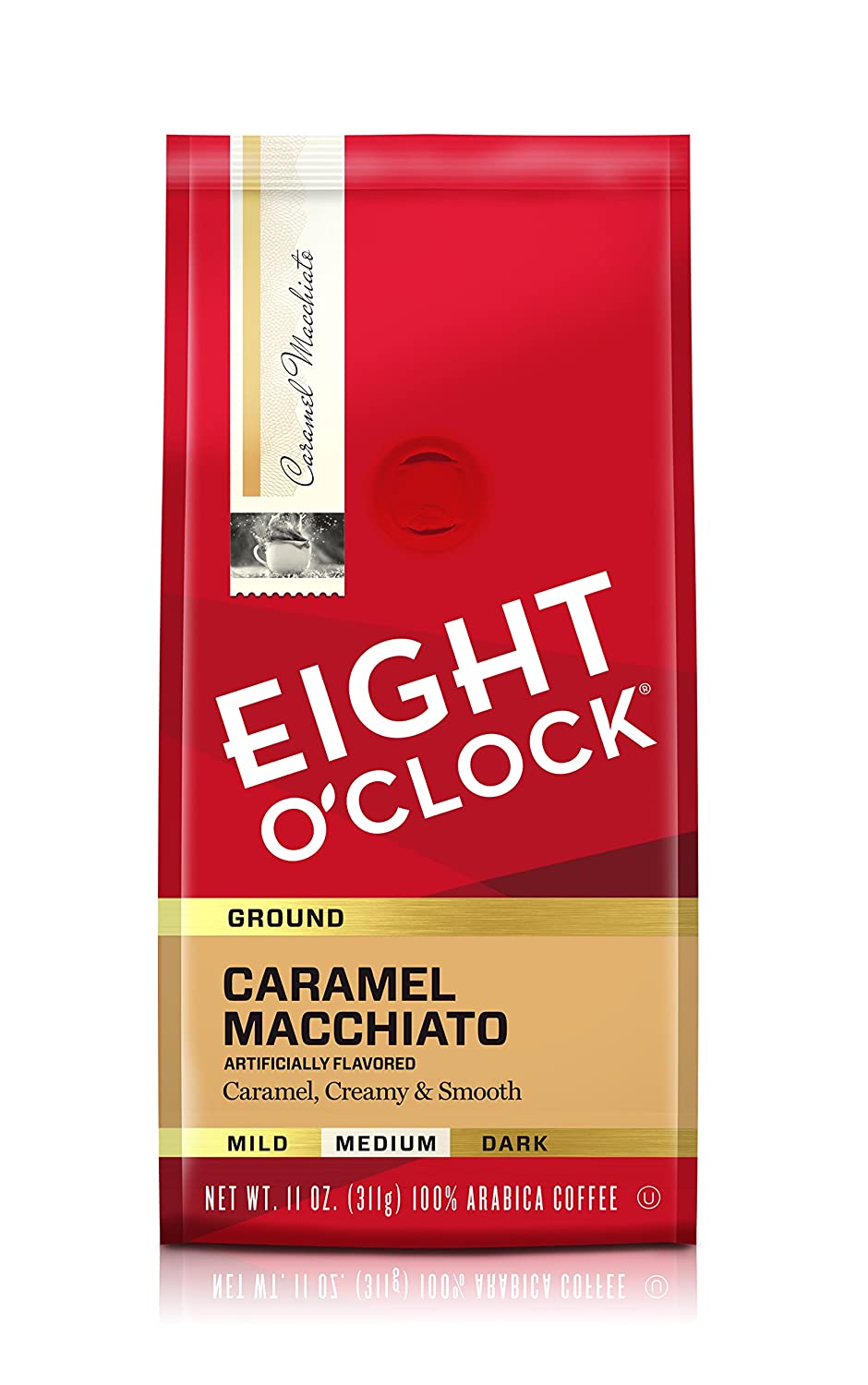 Eight O’Clock Coffee’s caramel macchiato is absolutely amazing. This is one of the best cups of coffee for a latte or cappuccino, and is a great way for flavored foamy beverage fans to make their favorite flavors at home without getting sickened by syrup.

I also consider this to be a celebratory cup of coffee. But if you skip out on the milk and sugar, this is something that you can enjoy every day.

Related: How to Find the Best Grocery Store Coffee